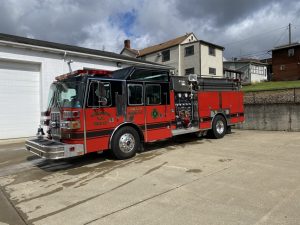 The Waynesburg – Franklin Twp. Volunteer Fire Company, along with fire-fighters from Jefferson, Carmichaels and Cumberland Township, Center Township, and Rice’s Landing Fire Companies, had their Memorial Day holiday interrupted by a call of a structure fire at the PennDOT facility on Jefferson Road in Franklin Twp.  The initial call came in around 4:48 PM as a fire alarm activation and was quickly followed by reports of smoke and fire showing.  Fire-Fighters encountered heavy smoke and fire conditions upon arrival.  Multiple master streams were used to overcome the extreme conditions.

The facility was vacant at the time of the fire due to the holiday.  The Pennsylvania State Police Fire Marshal were asked to respond and investigate the cause of the fire.  One fire-fighter was treated for a minor injury on scene by EMS Southwest. 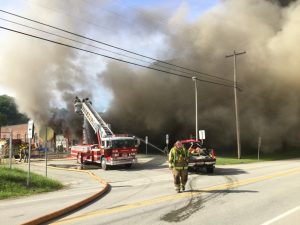 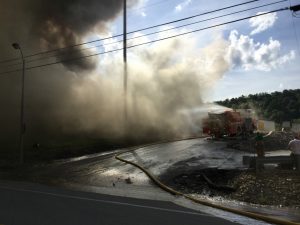 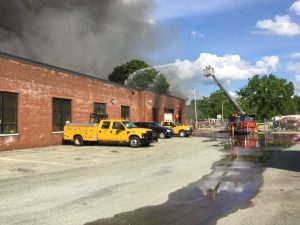 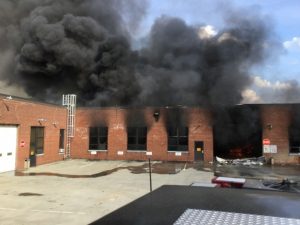 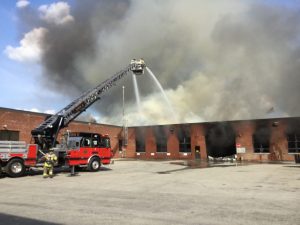 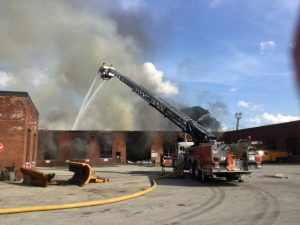 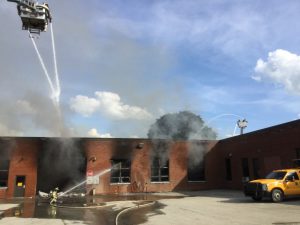 The Waynesburg – Franklin Twp. Volunteer Fire Company responded to 210 Byard Road in Franklin Township to a residential structure fire.  The house was fully involved on upon arrival.  Mutual aid was provided by fire companies from Greene and Washington Counties. From Greene County, Jefferson, Center Twp. and Morris Twp Volunteer Fire Companies responded with equipment and manpower.  From Washington County, Amwell Township, Lone Pine and South Strabane Fire Companies provided Tankers to support our operations.  Thank you to everyone that assisted us today. 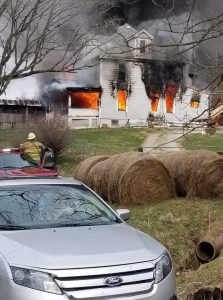 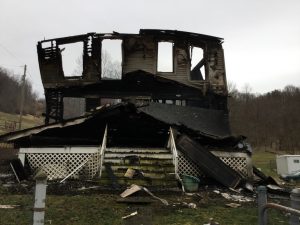 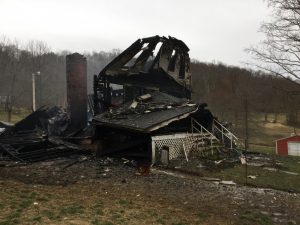 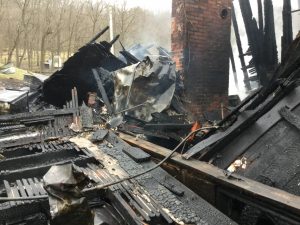 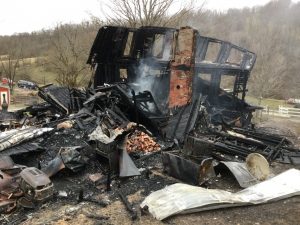 Please keep his wife Jessica, his kids Ross, Blake, Reed, and Ty, and all of the Tennant and Cumberledge families in your thoughts during this difficult time.

The Waynesburg – Franklin Twp. Volunteer Fire Company will hold a Memorial Service on Friday, March 1, 2019 at 7:00 PM at the First Baptist Church of Waynesburg. 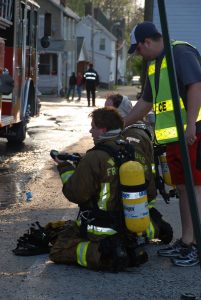 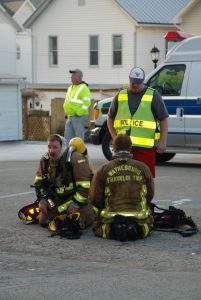 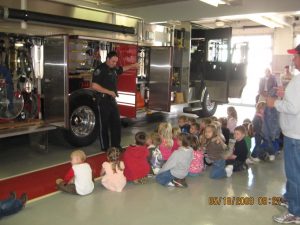 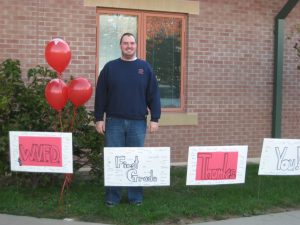 Five Greene county fire companies responded to a structure fire in the 200 block of West High Street in Waynesburg Borough on Monday night.  The Waynesburg – Franklin Township Volunteer Fire Company was dispatched at 18:21 hours.  Upon arrival, heavy fire conditions were found in the first floor apartment along with a large amount of ammunition being stored in the apartment. The fire spread to the upstairs second floor apartment and attic area. The initial knockdown of the fire involved the use of multiple master streams and the water turrets of Tower 61.  An aggressive interior attack was then made to finish putting the fire out.

The building houses the offices of Kalsey Insurance Company and three separate apartments where a total of 4 individuals lived.  There were no injuries to occupants or volunteers fighting the fire.  In addition, two dogs belonging in one of the second floor apartments were also saved during the incident. Two of the apartments were heavily damaged but the rest of the structure was able to saved.

The Pennsylvania State Police Fire Marshal was called in to investigate the cause of the fire. 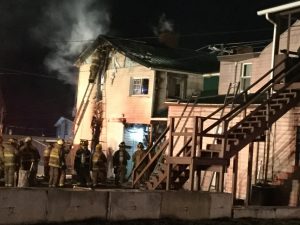 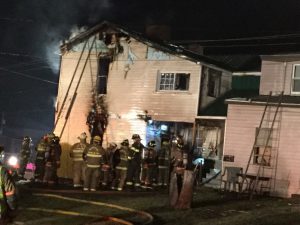 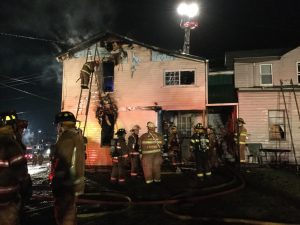 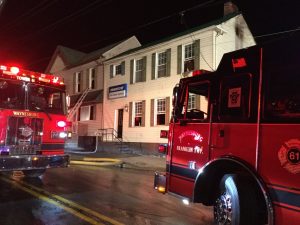 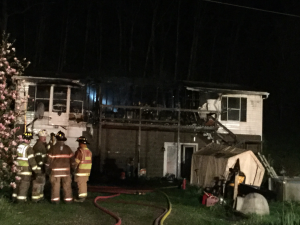