The Waynesburg – Franklin Twp. Volunteer Fire Company responded to reports of a commercial structure fire at the Waynesburg Yamaha dealership in Waynesburg.  The Fire Company was dispatched at 22:44 hours on Tuesday, February 12, 2019.  Upon arrival, the fire was through the roof of the building.  Mutual aid provided additional equipment and man power from the Jefferson Volunteer Fire Company, the Carmichaels – Cumberland Twp. Volunteer Fire Company, and Rices Landing Volunteer Fire Company.  The blaze was fought during harsh weather conditions as a weather system was passing through the area at the time of the fire. Pennsylvania State Police provided traffic control services around the area during the blaze as all lanes of Route 21 were closed from Elm Drive to Miller lane intersections.  There were no injuries fighting the blaze and the fire was brought under control fairly quickly.  The Pennsylvania State Police Fire Marshal is investigating the cause.

Pictures courtesy of the Raw Video from WPXI. 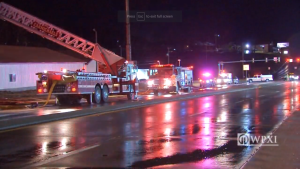 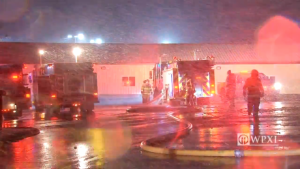 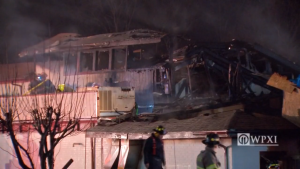 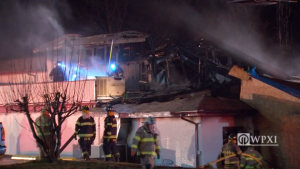 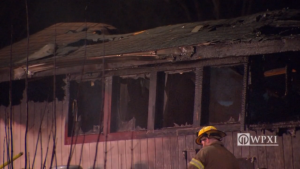 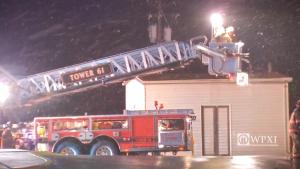 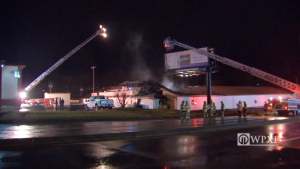