The Waynesburg – Franklin Twp. Volunteer Fire Company responded to Ray Hall on the campus of Waynesburg University, at 18:23 on Tuesday, February 12, 2019.

Upon arrival, the Fire Company found that a small stove top fire had caused a sprinkler to activate and set off the fire alarm to the rest of the building.  One female student was transported to Washington Health System Greene for treatment.  The Fire Company shut down the sprinkler system, ventilated the dorm of any smoke and replaced the sprinkler head in the affected room.  The sprinkler system was then turned back on before and operational before we left the scene. 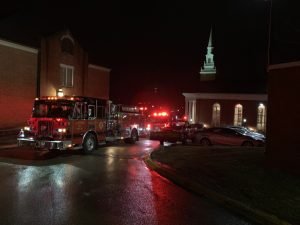 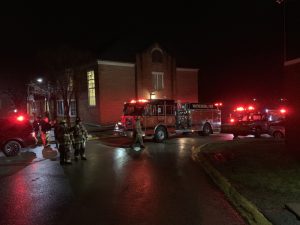 PPCA Error: Due to Facebook API changes on September 4, 2020, it will no longer be possible to display a feed from a Facebook Page you are not an admin of. The Facebook feed below is not using a valid Access Token for this Facebook page and so will stop updating after this date.
Load more